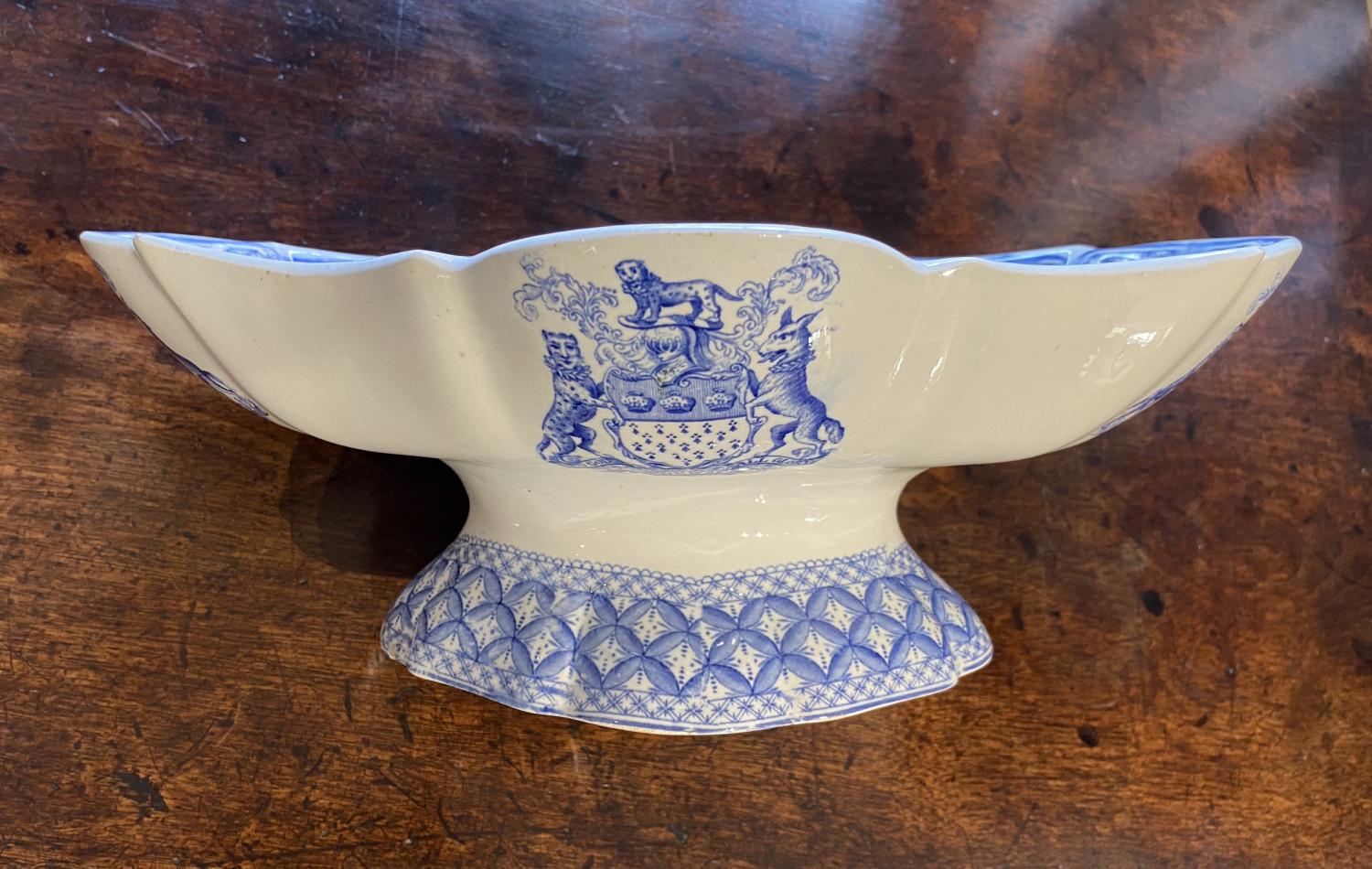 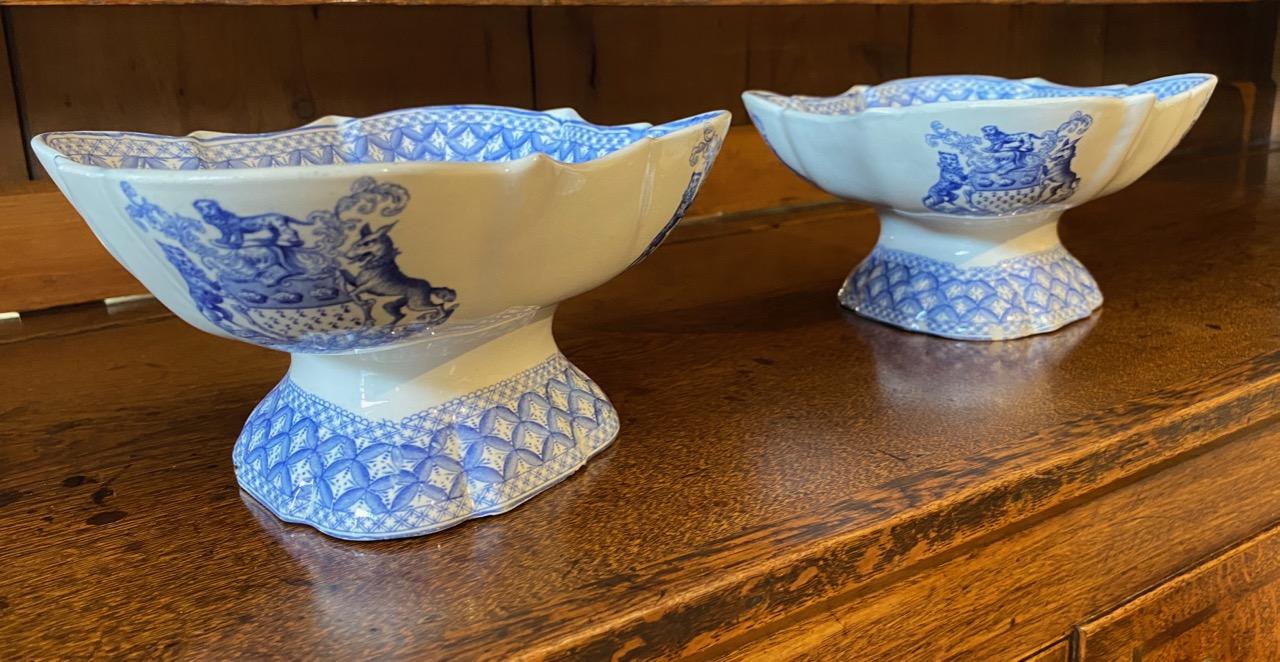 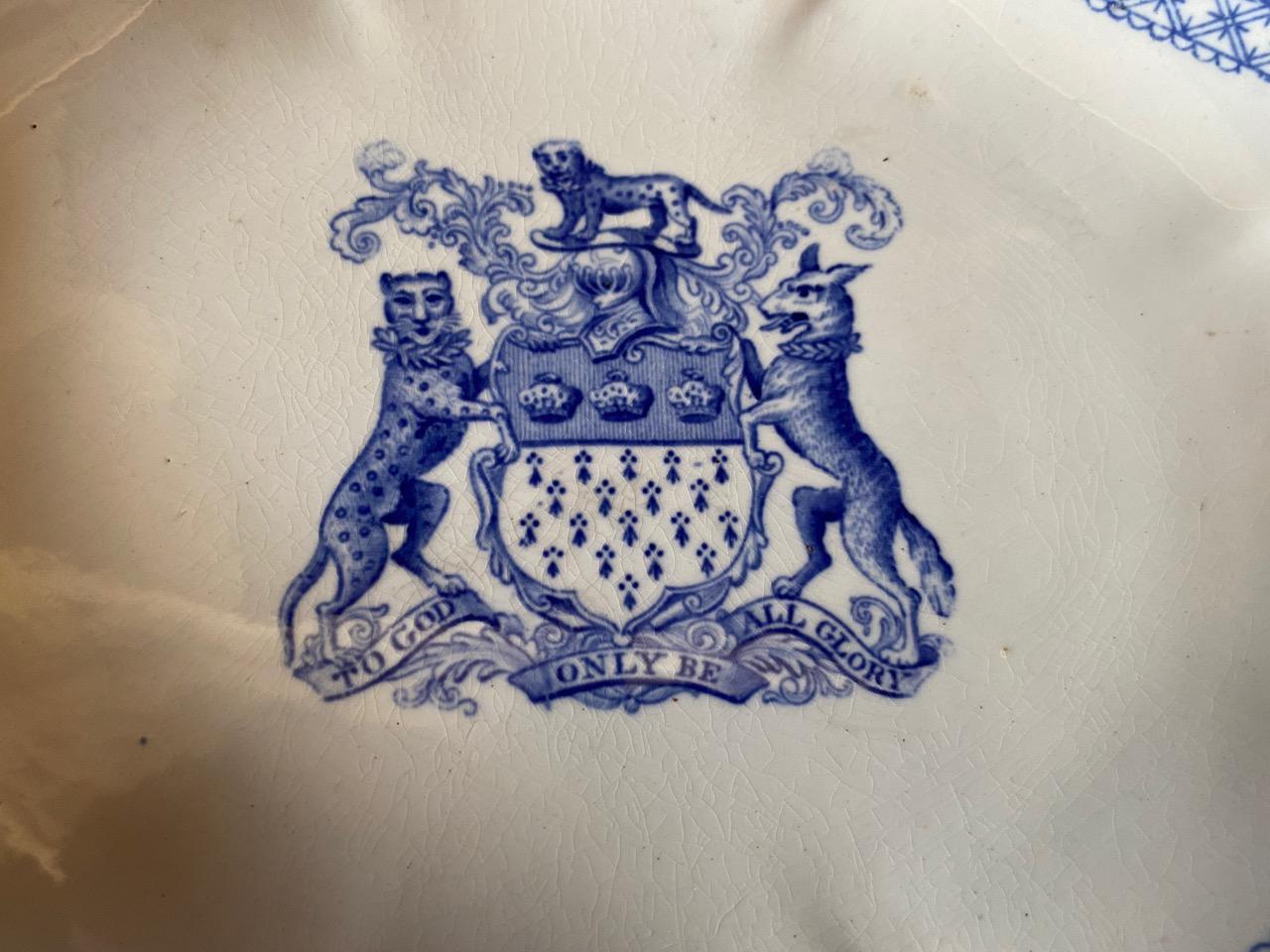 A Pair of Staffordshire Blue and White Serving Dishes, by Spode,  the quatrofoil shaped dishes with a blue diaper patern border to the edge of the dish and around the foot. The coat of arms of the Worshipful Company of Skinners printed centrally and on the sides and ends.
Spode, Staffordshire, England, circa 1830
Some minor ships to the foot on both dishes 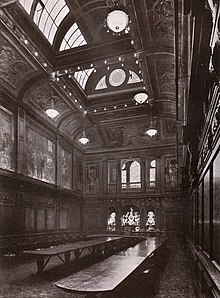 Under an order issued by the Lord Mayor of the City of London on 10 April 1484 (known as the Billesdon Award), the Company ranks in sixth or seventh place (making it one of the "Great Twelve City Livery Companies") in the order of precedence of City Livery Companies, alternating annually with the Merchant Taylors' Company; these livery companies have borrowed Chaucer's phrase "At sixes and sevens" to describe their rivalry over precedence – specifically which company was entitled to be 6th in order of seniority – being a source of trouble between the Skinners and the Merchant Taylors for some time in the 15th, and perhaps even 14th centuries. Both companies received their first royal charters in 1327, but the dispute erupted into lethal violence in 1484 during the Lord Mayor's river procession, an occasion which the two guilds treated as their own private boat race. After the administration of justice to some of the offenders the then-Lord Mayor, Haberdasher Sir Robert Billesdon, mediated between the two companies at the request of their Masters, and he resolved that each company should have precedence over the other in alternate years and that each company's Master and Wardens should be invited to dine at the other's Hall every year.[2]